Before publishing your scenario to your trainees, you first want to make sure the scenario is good. You want to test the scenario. One way of testing is a very simple and quick test in the browser. This is a test without having to upload 360˚ videos.There are two ways of testing a scenario. One is to test the full scenario from the start. The other one is to test from a certain scene. Testing a full scenarioTesting from the start can be done by clicking 'Launch walkthrough' in the scenario's upper 3-dots menu. A new browser tab will open in which you can test the current scenario from the start. 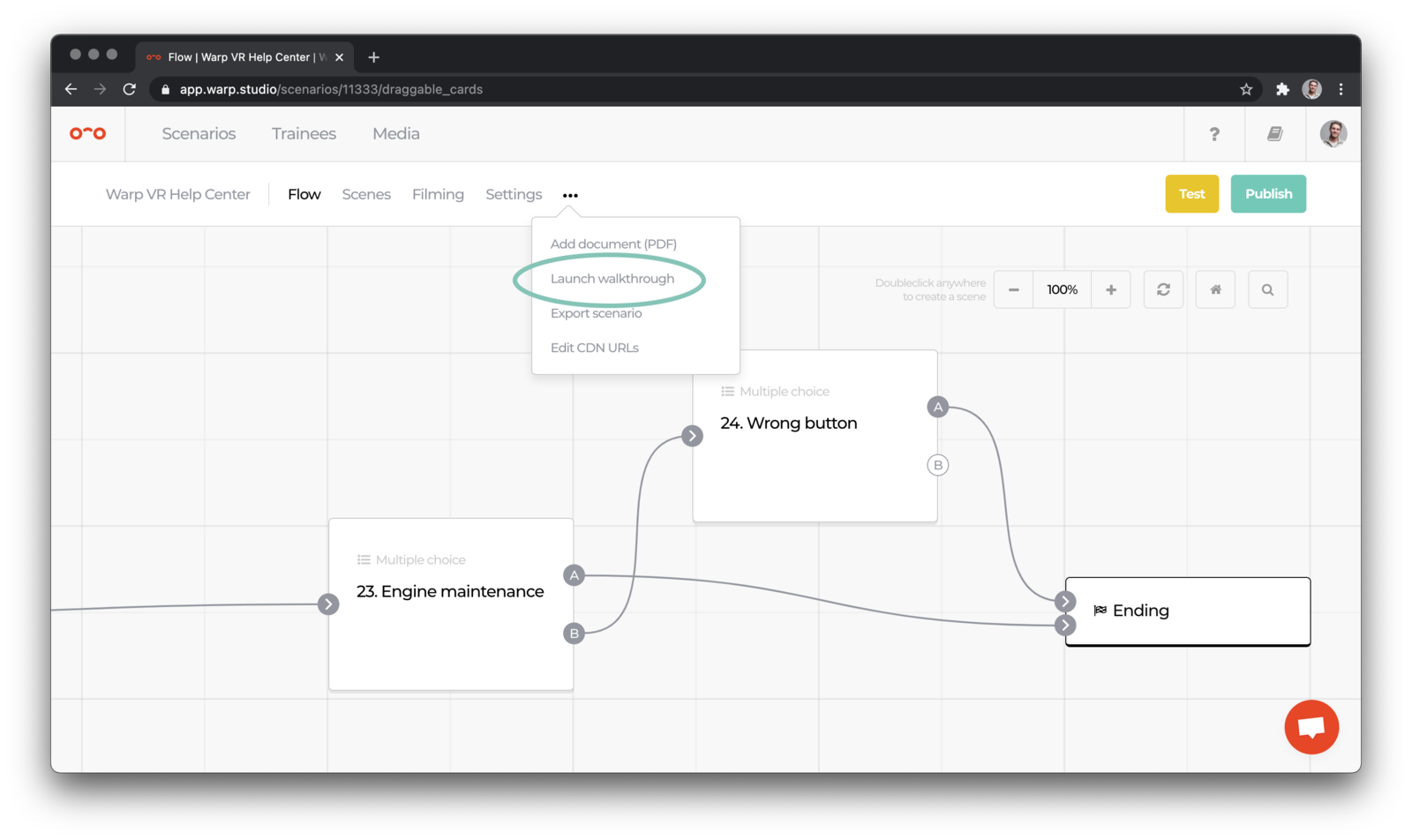 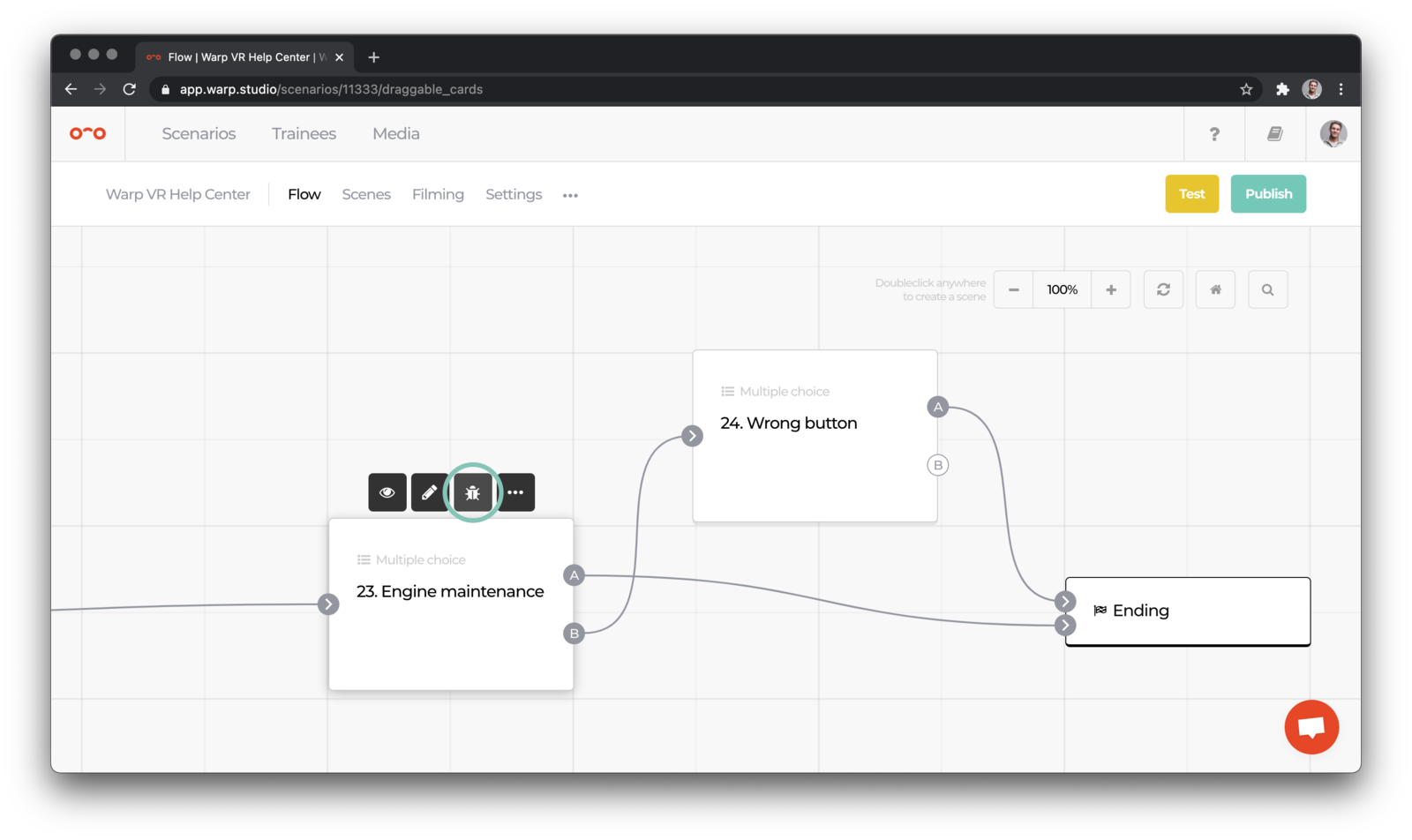