Create a handy checklist for when filming the 360° videos

After you've added filming locations to your scenes, you can create a useful checklist of all the 360° videos that need to be filmed for the scenes. This checklist can then be printed and used during the filming.

Exporting a scenario can be done by pressing 'Export scenario' in the scenario's upper 3-dots menu. 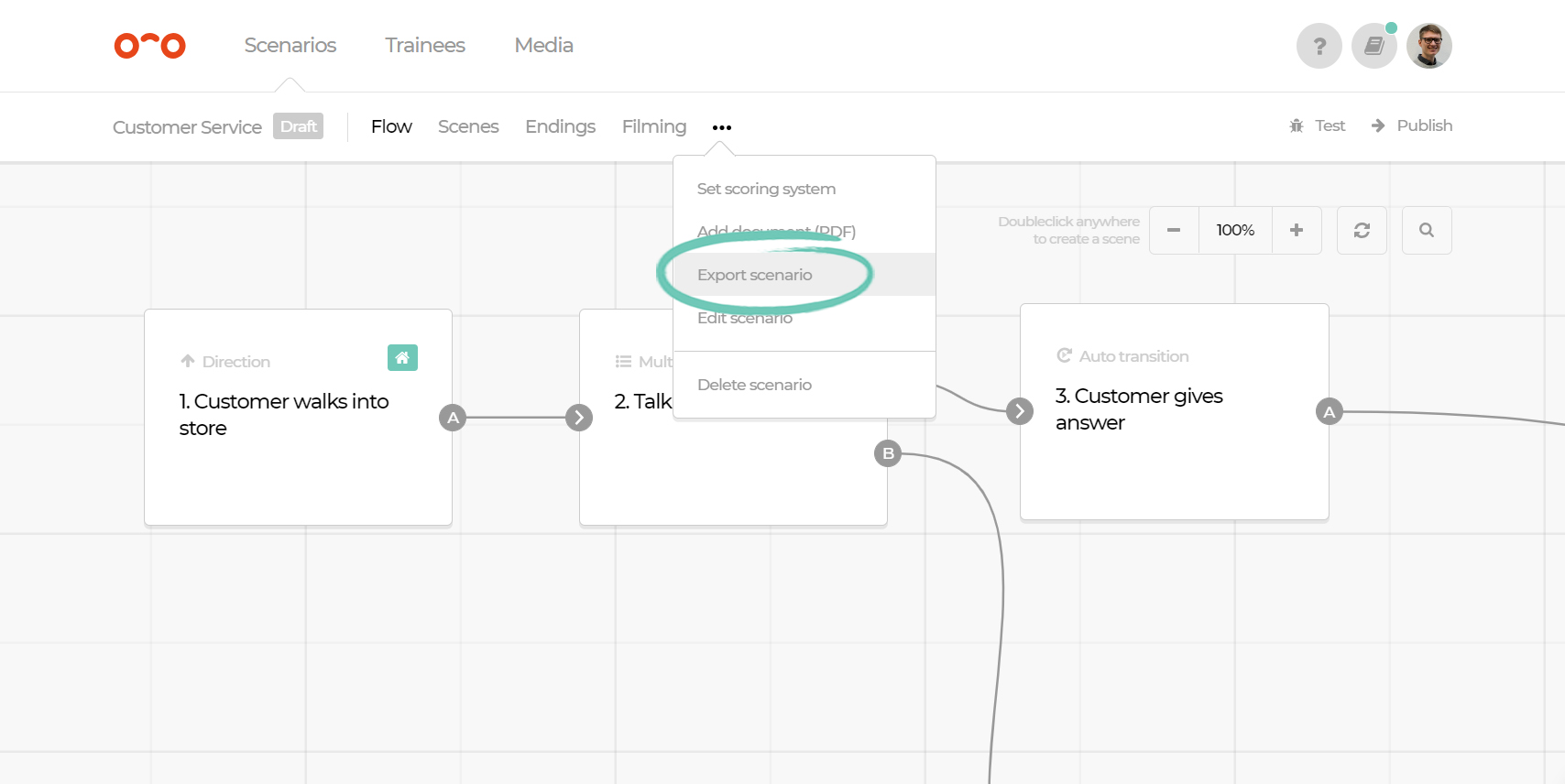 Next you can set the exporting settings to your preferences. 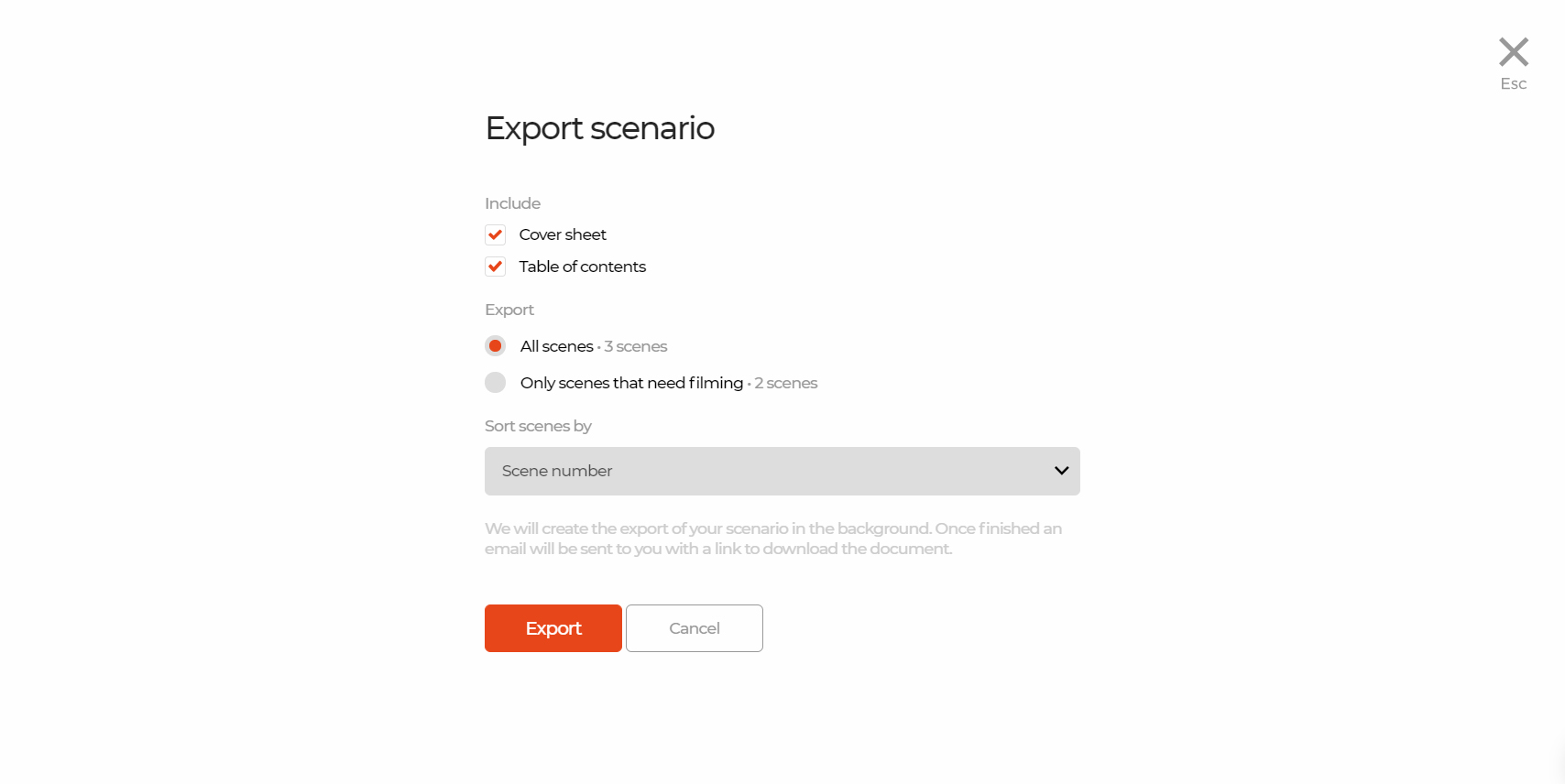 Upon pressing 'Export', the checklist of the scenario will open in another browser tab. This can then be printed (Windows: CTRL + P / Mac: ⌘ + P) to eventually be used while filming the 360° videos for your scenario!