All Collections
Analytics
Export all trainees' analytics to a spreadsheet

Export all trainees' analytics to a spreadsheet

Get a full overview of all your trainees' attempts

Written by Bart Blaak
Updated over a week ago

If your account has a lot of trainees, wanting to check all the attempts of every trainee one by one might take some time. Therefore you can easily download a .csv file containing an overview of all the trainees' analytics of all scenarios they played. This file can then be opened in any business-intelligence tool (e.g. Microsoft Excel, Apple Numbers or ClickView).

Downloading this file can be done by pressing 'Export' in the Trainees tab. 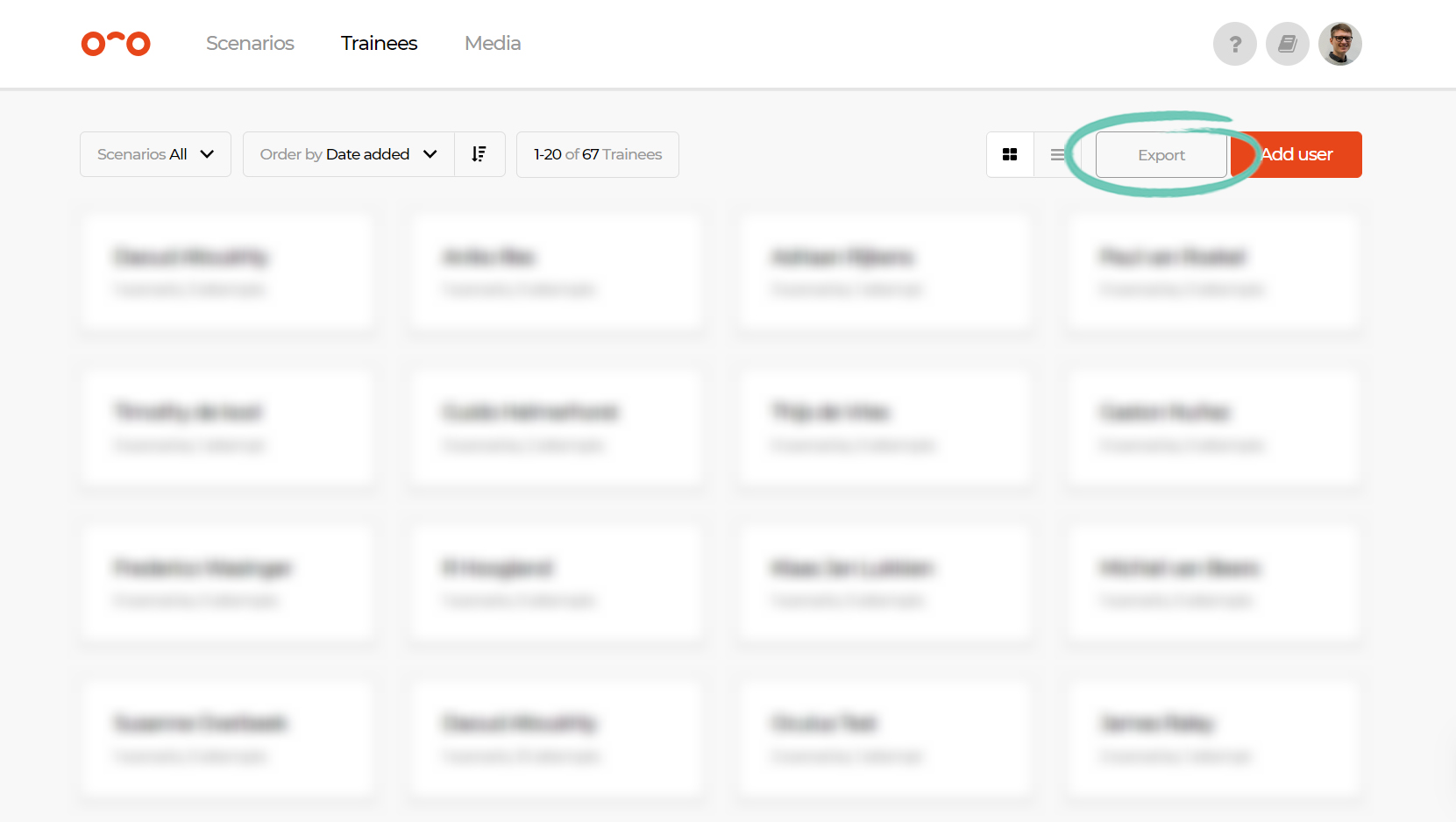 The export will be send to you by e-mail. Depending on the number of trainees and attempts in your organization this can take a couple of minutes.

The first row in the file is the header with the column names. Each subsequent row represents a choice in an attempt made by a trainee.

Please refer to the following list for a description of each column: